Most of the time, poker is fun, especially for new players.

You’re learning all the time, seeing situations you haven’t seen before, and trying to keep all your newfound knowledge straight as you negotiate each hand.

But there are some things that just make the game unpleasant, and having to face a table bully is one of the worst.

How can anybody play a smart game when there is some lunatic raising, re-raising, 3-betting, and trying to intimidate you every time you have anything worth playing in your hand?

I’m going to show you how in this article. You don’t need a Ph.D. in psychology, a black belt in jujitsu, or the courage of a matador, which is all good news.

All you have to do is figure out how bullies change the game and then adjust to it.

Table bullies are everywhere, so you’ll profit often once you learn how to deal with them. I’ll use Texas Hold’em games in my examples, but you’ll see the parallels if your game happens to be Stud or Omaha.

I’ll keep the discussion generic enough so that it applies to both fixed-limit and no-limit games.

First, let’s define what I mean by a bully a little more concretely. You’ll wonder how the bully can find so many hands worth raising; he’ll seem to be in almost every pot. He’ll rarely throw a hand away.

Bullies almost never let you play a hand cheaply because they raise when the action gets to them.

They also will try to “bet you off your hand” if they sense any weakness.

If you check to them, they’ll automatically bet and force you to make a hard choice, whether to continue and pay the higher price, or fold to wait for a real monster hand before going to war. 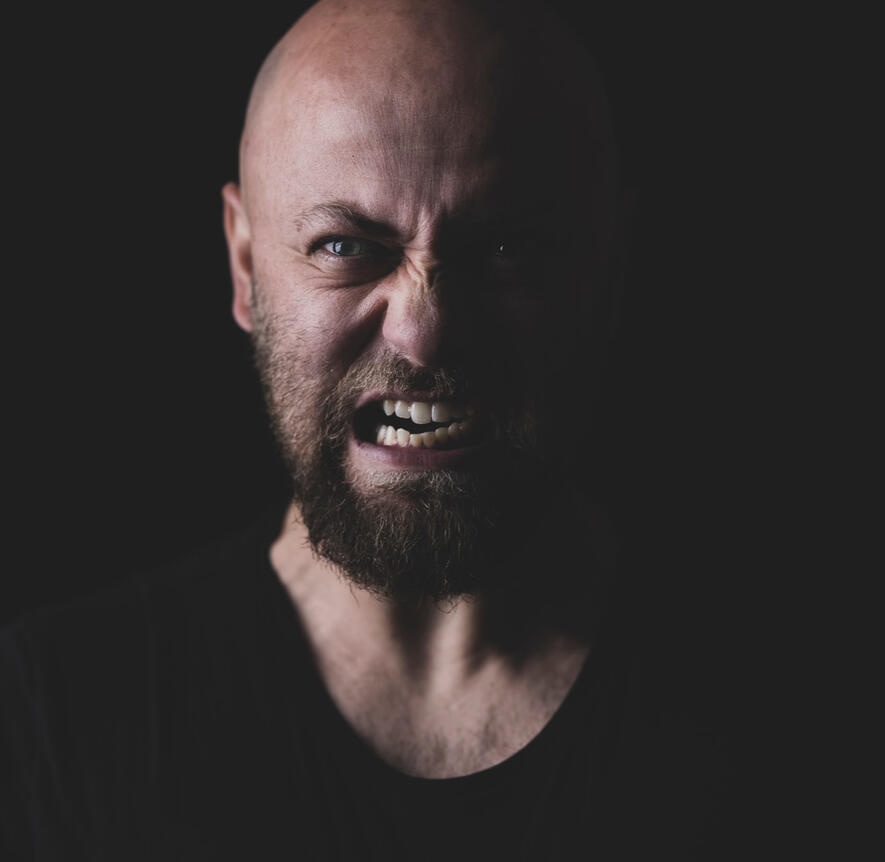 Want a great description of how a bully thinks? Read the NL Hold’em section in Doyle Brunson’s Super System.

Brunson was a hyper-aggressive player back when he wrote it, and he explored the mindset and strategy pretty thoroughly.

When a bully is in the game, it changes in a fundamental way: the effective stakes go up. Every pot is contested for more money than usual. If you are already playing at the top of your financial comfort zone, the game can get pretty intimidating, so you’ll need to be honest with yourself about whether you should even be in the game.

A bully’s most important weapon is intimidation, and if he can’t intimidate you with his bets and raises, you should be able to pass the test.

The game gets back to being rather simple after that. When there is more money flying into the pot, you’ll be winning (and losing) more money than usual.

You’ve got to be able to embrace the added variance, or you’ll play “scared” and get brutalized.

This kind of poker is almost an “extreme sport.” But riding the big waves is more fun, anyway, so learn how!

To beat a bully, you have to remember your fundamentals, especially starting hand strength and position. Here are a few hand selection tips that’ll put you in a good situation.

Normally, it’s a mistake to loosen up your game just because you see a bully playing every hand.

Don’t try to beat him with mediocre holdings, you’ll send the short-term variance through the roof. Remember that the game is effectively being played for higher stakes now, and adjust your starting requirements accordingly.

Play your strong hands fearlessly. Big pocket pairs skyrocket in value in situations like this.

Also, play the hands that can grow into monsters: small/medium pocket pairs and suited connectors. If you hit your set or flush/straight draw on the flop, that big pot the bully is building just may end up in your stack.

If you miss, accept it, throw your hand away, and move on. 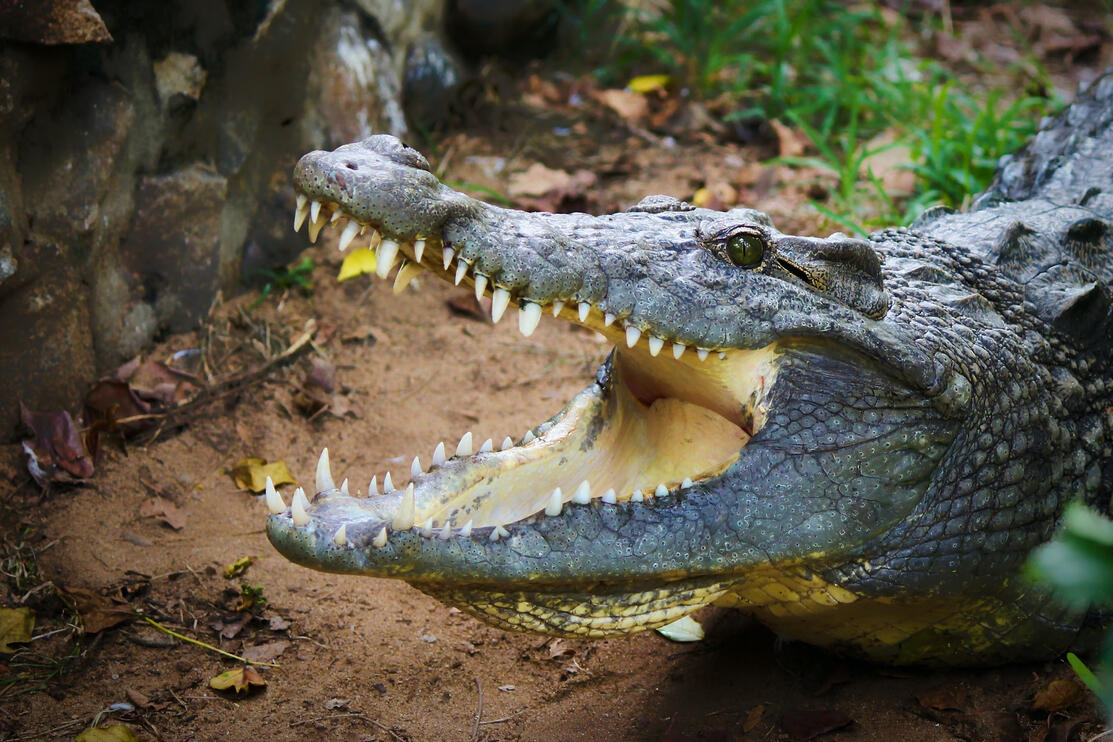 Just as some hands go up in value, others go down when there is a bully in the game. Stay away from playing big unsuited cards (like KJ and Q10), ace-rag hands (A5, A8, etc. especially when unsuited), and unsuited gapped connectors (like Q9 and 10 8). These hands are usually fine to limp with, but aren’t profitable if you have to pay a premium, and they can leave you facing a tough decision after the flop. For instance, if you play A8, how happy are you when your 8 pairs on the flop and you face a bet or raise?

Position is also very important when dealing with a bully. Ideally, you’ll want to be sitting to the left of the bully so you can act after him. That way, you can re-raise and get everybody else out of the pot when you have a powerhouse starting hand. It’s your turn to put the bully to those hard decisions.

Most of the time, you can’t do much to change your position, so if you find a bully to your left you’ll need to know how to play. It’s not the end of the world because you now have a weapon that isn’t immediately apparent: an opportunity to trap other players occasionally.

Remember how the game has changed; you aren’t the only one at the table adjusting to the bully. Some of your other opponents will be handling it badly; they’ll be cold-calling raises with hands that probably can’t be played profitably for that much money. They may be tilting because they’re fed up with the bully’s aggression.

There are opportunities to profit here.

Let’s say that you limp in with a pair of 5s, the bully raises, and someone else in late position calls. Now you can call that raise because if you hit your set you’ll snare 2 victims instead of just the bully. If you can be absolutely sure that the bully will raise, you can limp in with pocket aces, too. Then re-raise when the action comes back to you.

Here are a few other things you’ll need to keep in mind. It’s a mistake to not give a bully proper credit for being able to play.

They play a system that works for them, and if you figure them for idiots, you set yourself up for a major tilt when they beat you. It’s easy to get furious when you think the other guy is an idiot who doesn’t deserve to win.

I’m careful never to think that way. Give your opponents credit for being able to play and turn the game into a contest of strategy rather than, “teaching this maniac a lesson.”

And don’t forget about the other players while concentrating on the bully. If you get tunnel vision, you can lose a lot of money. Be especially wary when you are involved in a multi-way pot.

Don’t let the bully “run you into the nuts.” It’s no fun to find that even though you beat the bully, the other player in the hand (who you thought was just tilting when he kept calling all those raises) hauls in the money after turning over a hand that beats both you and the bully.

Be careful that the player you’ve identified as a maniac isn’t actually a good player who is just aggressive.

Most bullies aren’t very good. They just have had some success intimidating their opponents and have latched onto it as their game; they’ll win a lot and go broke a lot. But every now and then, you’ll stumble into a game where a really good player will bully people, as long as it’s profitable. They’ll win a lot of small pots by getting you to fold, but will rarely allow you to make it all back when you have a hand.

They seem to be able to sense when their aggression isn’t working, or when they’re up against a big hand. Those are the dangerous players, and if you’re out of position against one of them (sitting just to their right), you may find that by the time they’ve won their share of the table’s money, there won’t be any profit left for you. Don’t hang around. Make a note of their name and find a new game.

You can’t learn everything you need to know in order to turn bullies into profit centers in one article. You have to get some experience by playing in those loose, aggressive games. The advice in this article will work, though. Take what you’ve read with you and don’t be afraid the next time you feel the heat from some table bully. Remember that the game has changed, but it’s still beatable. And there are few things more enjoyable than beating up a bully, and adding his money to your bankroll.

Bring on the bullies.

This game is fun!

© 24PokerBros. All rights reserved. Images by Unsplash and Linea.